Female orgasm has for long been a controversial topic, with more than three-quarters of women saying that they’ve never experienced an orgasm in their lives. Well, it is true that it is often difficult for a woman to achieve sexual climax than it is for a man. This is because the parts of the brain that control feelings of pleasure and sexual arousal are wired differently for men and women. But all the same, many women still manage to achieve the big “O” every once in a while in their sexual encounters, especially where intercourse involves clitoral or G spot stimulation.

I’d also heard that it is possible to achieve an orgasm without even being touched by your man but until it happened to me, I had for long believed that all these are false statements that writers and bloggers use to promote their content and attract a larger audience. Yes, it is possible to reach a female climax with zero-touching. The intensity of female orgasm may vary from one woman to another, but some orgasms are just unforgettable, especially if it’s the first time. My hands-free orgasm was one of these unforgettable ones, and here is how he made me come without even touching me.

Music in My Ears

Music, especially slow songs, have a way of relaxing the mind, freeing anxiety and getting rid of tension. It puts your mind in meditation mode and you can hear a pin drop from meters away. He just has to find the right trigger-song that will heighten your sensations and intensify your feelings, including feelings of pleasure. According to a McGill University study, listening to some types of music triggers the activation of the pleasure center of the brain, along with the release of dopamine and endorphins, which is what exactly happens when one is experiencing an orgasm. Well, he first handed me some headphones and pressed play as I placed them on my head, and this was the beginning of my hands-free orgasm journey.

He Worked On My Brain and Talked Dirty

Verbal stimulation can really work magic in a sexual relationship, especially as far as arousal and climax are concerned. After meditating for a while with the trigger song, he asked me to take the headphones off and then started narrating what he’d do to me. It was some kind of erotic hypnosis that really got me turned on. He told me how badly he wanted to kiss my lips, neck, chicks, and my tits, all the way down south to my thighs and my honey pot as he tore my clothes off and caressed me all over. It was all in graphic detail and he was using “dirty words” and teases that really sent thrills down my spine. I was so wet at this point and I think I was in a world of my own. All this felt as though it was actually happening.

Since then, we haven’t had the time to repeat this yet, but I believe we shall, really soon. All the same, we’ve been busy climaxing each other through intercourse, at least the few weekends we manage to meet. The bottom line is, an orgasm without touch is very achievable, it only depends on your man’s approach and how you manage to fine-tune your mind to the idea. 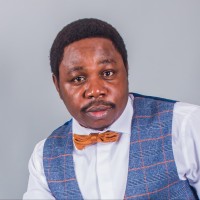 Olalekan
I am telling the world about me soon. Read my post first and do me some comments and help share this post, if you love it.

This Search Box Is Yours

How are you today?

Can we smile together?